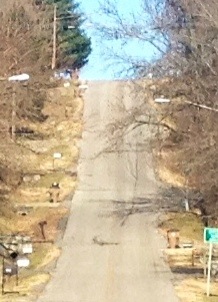 If you’ve taken the time to read my stories, you probably already know that I’ve been running with the East Nasty Running Club since 2009. If you don’t live in Nashville, you’re probably wondering why I seem so obsessed by a running club and if you do live in Nashville, you’re probably wondering why a middle-aged woman like myself would run through the streets of East Nashville with a bunch of young crazies. But if you are an East Nasty, you understand all of that.

Although I’ve considered myself an Easty Nasty for several years, I was a little fuzzy on the details of the group’s beginnings so I reached out to my friend Chuck Hargrove, who is one of the founding members. Chuck filled me in on the history of East Nasty:

As I understand it, East Nasty running club got its name from a Blue Ridge Relay team, maybe 2001 or 2002. Mark Miller coached runners and organized a team for a 212-mile relay. Because the team lived in or near East Nashville and their relay van smelled awful as a result of sweaty and sleepy bodies, the “Nasty” nickname was adopted. East Nasty was not an original term as pre-gentrification (early to mid-1990s). East Nashville was a place to buy non-approved, mood altering pharmaceuticals and herbs. Those who fueled this illicit economy would refer to East Nashville as East Nasty.

I think early 2008 was the first year of structured workouts and participants of great number. After 2008 Country Music Marathon, at what can now be named “The Rose Pepper Summit” [Editor’s note – Rose Pepper is a Mexican restaurant in East Nashville that serves my favorite margaritas] a group including Mark, Jenny Magill, Jill Mongene, myself and a few others discussed weeknight runs. Thursday was first offered until Mark informed us 3 Crow had 2-for-1 beer specials on Wednesday. Thus Wednesday was chosen. [Editor’s note – As you can see for yourself, having fun was a priority from the beginning.]

If I recall we took a couple of weeks off after 2008 Country Music Marathon to begin Wednesday runs. First Wednesday night East Nasty Wednesday run was May 14, 2008. Rod and Drew Jones joined us in the early days, and were pretty much the energy behind this club. Fifteen runners showed up that first night. By end of August 2008 it was not uncommon to see 75 runners per night. I think the first time we topped 100 runners was spring 2009. For first two years not a single Wednesday night run was rained out.

Although I’m an old lady as East Nasties go, the fact that I keep coming is a testimony to the inclusiveness of the group. East Nasty President Mark Miller is the official head honcho of the group and he’s also an all-around great guy whose positive energy is infectious. I think that when Mark was young, he was the boy who made the new kid on the block feel welcome. He still does that, through his career as an educator and his East Nasty leadership.

East Nasty Wednesday night runs have grown to 100-200 runners, with pace group leaders to help manage the number of runners in the streets. Before each run, we introduce ourselves to someone new. Typically, I find myself meeting a fresh-faced young person in their 20’s with a super-cool name. Although I’m old enough to be their Mom, I’m invigorated by meeting these young runners and for a brief moment, feel just a little bit younger myself.

But there is more to the group than just a bunch of people who get together for runs. East Nasty is an official 501(c)3 Non-Profit Organization, and its goals are (1) making East Nashville a great place to live and run; and (2) making running accessible to everyone in our community.

We recognize other East Nasties not only by flashing the East Nasty “gang sign,” but also by displaying the coveted East Nasty and Mt. Nasty bumper stickers which are earned only after running the most challenging of the 12 East Nasty runs, #12, a/k/a “The Nasty.” The Nasty is a 6-mile run that features some of the craziest hills in Nashville in the first 3 miles and then (if you aren’t already exhausted and ready to call someone for a lift home), finishes you off with an insanely steep, crazy long hill affectionately called Mt. Nasty (that’s Mt. Nasty in the picture). Running The Nasty is a pride-sucking exercise but considered worth it for the bragging rights (and the bumper stickers).

Each week, the East Nasty website features an “East Nasty of the Week,” which is a Spotlight on one of the runners. Several years ago, Chuck nominated me as an “ENOW.” I was honored to be nominated, although I suspect the only reason for my selection was because it was Chuck who nominated me. Chuck holds the record for the most ENOWs (he’s been profiled 5 times now) and he hosts an epic Labor Day weekend party everyone wants an invite to. Still, it was an honor to be selected, and I wasn’t about to turn it down.

The motto for the East Nasty Running Club is “East Nasty For Life” (sometimes shortened to “ENFL”). My participation in East Nasty has been a great part of my life. Through it, I’ve gotten to know some wonderful people and have had a bunch of great experiences. As long as they keep letting me tag along, this “old lady” is going to keep showing up.

If you live in the Nashville area, check us out at:
http://www.eastnastyforlife.com